December Blog – Happy Holidays from The Senior Alliance: Holidays Around the World 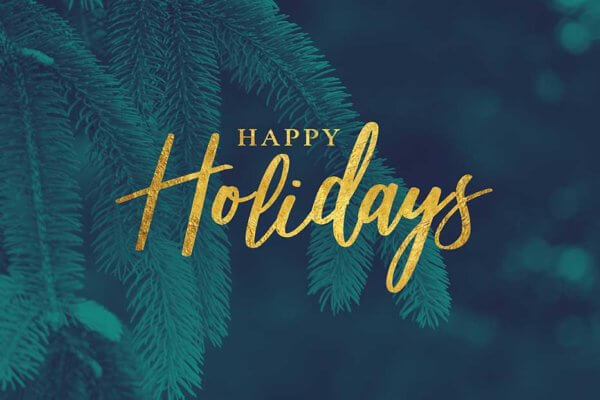 Happy Holidays from The Senior Alliance: Holidays Around the World

December is a month of celebration. Christmas, Hanukkah, and Kwanzaa are holidays you’ve likely heard of, but what about Los Pasados? Do you know what Boxing Day is all about? How about Bodhi Day?

Here’s a look at some of the most significant end-of-year holidays from around the world.

An important day in Buddhism, Bodhi Day celebrates the moment 2,500 years ago when Siddhartha Gautama, sitting under a Bodhi tree, achieved enlightenment and became the Buddha, also known as “the awakened one.” Today, Buddhists commemorate the day – celebrated on December 8 in the Western world – by meditating, chanting, and studying the dharma. Some even cook a meal of tea and cakes, and others plant bodhi trees throughout the month.

Click here to learn more about how Bodhi Day is celebrated today.

Hanukkah is an eight-day Jewish celebration that commemorates the rededication of the Second Temple during the second century. According to Jewish tradition, this rededication took place after Jewish warriors rose up and defeated the Greek Armies that had been oppressing them. In Hebrew, Hanukkah means “dedication.” This time of celebration is also known as “The Festival of Lights” to honor the triumph of light over darkness, and Jews around the world light the menorah to honor their history and remember their victory.

Click here to learn more about the history and traditions of Hanukkah.

Las Posadas is a Christmas tradition in Spain and many Latin American countries. Literally translated, las posadas means “the inns.” During the nine days leading up to Christmas, families will reenact Mary and Joseph’s journey to Bethlehem, culminating in the shelter they find at an inn. Two people will dress as Mary and Joseph, and each night a different home will be designated as “the inn,” where a celebratory feast often awaits.

Christmas Day is celebrated on December 25 every year and has been a federal holiday in the United States since 1870. For Christians, it is a sacred religious holiday celebrating the birth of Jesus, though it has become a cultural phenomenon for many. During the 19th century, when unemployment was high and many felt themselves in turmoil,  Americans began to embrace the holiday with gusto as a time for family and nostalgia to usher in a spirit of peace.

Click here to read more about the history of Christmas.

Boxing Day is a popular holiday in Great Britain and its commonwealth countries like Canada, Australia, and New Zealand. On December 26, servants, tradespeople, and the poor were traditionally presented with gifts the day after Christmas. Why it’s called “Boxing Day” has a couple of theories, though. One theory is derived from the opening of the alms boxes at churches after the holiday, and the other suggests that the name comes from the boxes of gifts that were given away. The practice of giving bonuses to employees remains intact today, though they are usually given before the holiday now.

Interestingly, Boxing Day was celebrated in the American colonies but quickly fell out of favor when the democratic United States government did not see it necessary to carry over British federal holidays.

Click here to learn more about Boxing Day and its history.

Epiphany is a Christian holiday that falls in early January of every year, extending the Christmas season to celebrate the day that the magi visited Jesus after his birth. This is why the holiday is also sometimes referred to as “Three Kings Day,” though the Bible never gives an exact number of how many came to see Jesus. For many, this marks the end of Christmastime, so the holiday is celebrated by eating King Cake and putting away their Christmas decorations.

Click here to read more about the history and traditions of Epiphany.

Kwanzaa was started in 1966 by Dr. Maulana Karenga, professor and chairman of Black Studies at California State University, as a way to bring African Americans together after the Watts Riots. He combined components of several different harvest celebrations to create a foundation for the week-long celebration. This year, Kwanzaa will be celebrated from December 26, 2022, through January 1, 2023.

Click here to learn more about the history of Kwanzaa and how it’s celebrated.

However you’re celebrating the end of the year, we wish you a very happy holiday from all of us at The Senior Alliance. We look forward to serving you in the new year!